I guess you landed here because you`re looking for new running shoes, be glad you reached here as Saucony Cohesion 10 Running Shoe Review will cover all the important points you need to know.

Always improving performance and styles, Saucony running shoes are favorites with men and women running, jogging or on brisk walks, the shoes are top choices for people who are on their feet all day working too.

This post is not about Saucony running shoes in general but will review Saucony Cohesion 10 running shoe review so that at the end of this post, you`ll know the positives and make an informed decision if they are the right pair of shoes for your sports.

Saucony came up with a budget-friendly running shoe with Cohesion 10 especially keeping in mind those who are getting into running are on a tight budget. Saucony Cohesion 10 running shoe comes with its advantages in comparison to other running shoes.

The midsole of this shoe is injection molded that allows for an easy and quick run for efficiency. It keeps the manufacturing costs down.

It delivers a reasonably comfortable midsole that can spring and has a good design. The midfoot has no support as this shoe is meant for neutral runners.

The design of the upper is outdated with traditional PU overlays that are stitched on an air mesh. It works out for this shoe, however. It gives support and breathability.

It lacks the high-end tech to cut down the pricing. It is hard-wearing and a functional running shoe that makes for great value addition to the running shoe wardrobe.

Who Is It For

The main purpose of the shoe is to accommodate those who run for long distances. It is an excellent choice for those runners who are looking to mix walking into their runs. It is also feasible during circuit training, weight lifting, or other such athletic activities. 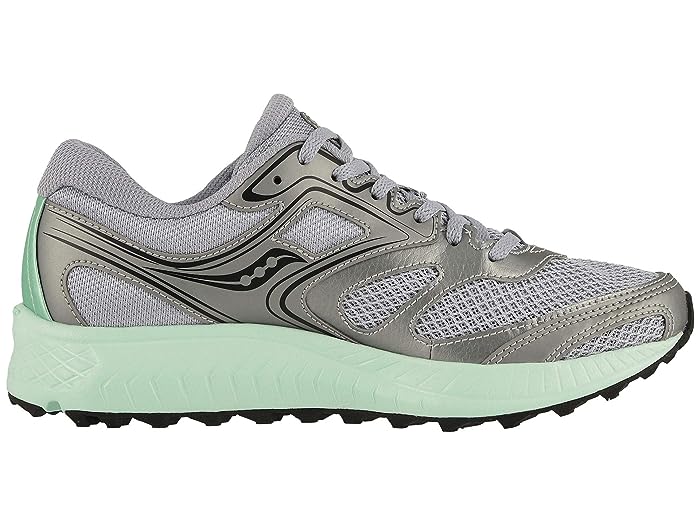 Saucony Cohesion 10 running shoe is an overwhelmingly average running shoe. It does the job but fails to impress in other facets except for its affordability. The Cohesion 10 does not have any remarkable features that distinguish it from other running shoes.

These shoes, however, is solid and well-liked by many. Despite not being a high performance running shoe, the durability and affordability of this shoe are quite appealing.

Saucony Cohesion 10 is designed as a neutral running shoe. It is appealing to the runners that have a moderate arch and neutral pronation. The shoe has a slight stability feature that comes in handy. However, it is not true stability running shoes.

The shoe is more on the firmer side than its cushioned side. It is a moderately cushioned running shoe. It offers plenty of support while running. The shoe is primarily designed for hard surfaces but it can also handle moderate trails or even gravel roads.

Some Good And Important Changes

Saucony Cohesion 10 made its debut with a couple of changes. The most notable change was featured in its outsole. The outsole now utilizes the Tri-Flex system which brings much better shock attenuation, remarkable flexibility, and very good traction.

Some of the midfoot, as well as forefoot overlays, were removed without compromising the hold and security.

This made more room in the forefoot and reduced the weight. The tongue is no longer that long. It helps in reducing the chances of any rubbing or irritation. The heel is also not heavily fortified now.

The fit of the shoe a standard for the Cohesion line. There is a roomy toe box with a secured midfoot feel. The heel has enough security and hold. This shoe runs true to its size. 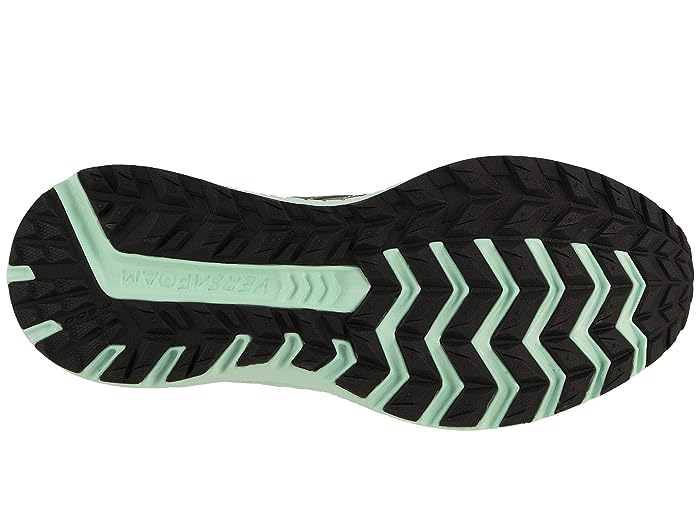 Quick wearing areas of this shoe is covered with Saucony’s XT-900 carbon rubber. The softer iBR+ covers the midfoot and forefoot for better traction. Saucony Cohesion 10 is designed to provide better stability and durability.

The midsole of this shoe uses the old and reliable IMEVA (Injection Molded EVA) for cushioning as well as shock-absorption. The moderately thick foam delivers adequate performance with respectable mileage.

The upper part is impressive with its overlays doing a very good job in providing support to the feet. This shoe has a well-padded comfort zone in its collar and tongue. Saucony has good breathability due to the number of holes in its forefoot area. Check other high rated running shoes here.

When I decided to write Saucony Cohesion 10 Running Shoe Review, I wanted to cover all the areas and I hope I did. The main disadvantage of this running shoe is that it is a bit hard.

The Saucony Cohesion 10 running shoe is a bargain for the runners who are in their initial stages and are budget conscious. A solid running shoe that is well-built without the frills of modern shoes.

Cohesion 10 is stripped out of most of the high-end tech. It gives importance to the fit and feel of the shoe. This is a basic but good mid-level running shoe. One of the best running shoes out there at this price.

Some recommended products may use affiliate links. TennisFavors.com is a participant in the Amazon Services LLC Associates Program, an affiliate advertising program designed to provide a means for sites to earn advertising fees by advertising and linking to Amazon.com. Amazon and the Amazon logo are trademarks of Amazon.com, Inc or its affiliates.

We use cookies on our website to give you the most relevant experience by remembering your preferences and repeat visits. By clicking “Accept All”, you consent to the use of ALL the cookies. However, you may visit "Cookie Settings" to provide a controlled consent.
Cookie SettingsAccept All
Manage consent

This website uses cookies to improve your experience while you navigate through the website. Out of these, the cookies that are categorized as necessary are stored on your browser as they are essential for the working of basic functionalities of the website. We also use third-party cookies that help us analyze and understand how you use this website. These cookies will be stored in your browser only with your consent. You also have the option to opt-out of these cookies. But opting out of some of these cookies may affect your browsing experience.
Necessary Always Enabled
Necessary cookies are absolutely essential for the website to function properly. These cookies ensure basic functionalities and security features of the website, anonymously.
Functional
Functional cookies help to perform certain functionalities like sharing the content of the website on social media platforms, collect feedbacks, and other third-party features.
Performance
Performance cookies are used to understand and analyze the key performance indexes of the website which helps in delivering a better user experience for the visitors.
Analytics
Analytical cookies are used to understand how visitors interact with the website. These cookies help provide information on metrics the number of visitors, bounce rate, traffic source, etc.
Advertisement
Advertisement cookies are used to provide visitors with relevant ads and marketing campaigns. These cookies track visitors across websites and collect information to provide customized ads.
Others
Other uncategorized cookies are those that are being analyzed and have not been classified into a category as yet.
SAVE & ACCEPT