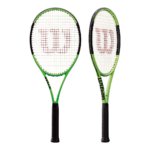 So are you tennis aficionado and learning how to master this elegant and energetic sport and become the next Roger Federer and Rafael Nadal? Before you start shopping, you need to know what are the best tennis rackets for intermediate players. You must have the right kind of tennis racket which helps place shots easily and more accurately. Yes, having the perfect tennis gear … END_OF_DOCUMENT_TOKEN_TO_BE_REPLACED 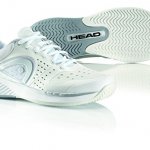 Shoemaking has become increasingly sophisticated thanks to podiatry becoming a recognized branch of medicine. Over the years, shoemakers have realized that not all people have arched feet and started manufacturing shoes for men with flat feet. Almost 30 percent have flat feet. It is not necessarily a genetic defect. It has more to do with injuries and consequent wrong usage … END_OF_DOCUMENT_TOKEN_TO_BE_REPLACED

This post will have tips on how to choose the best women tennis shoes and well look at what make certain shoes better choices. Tennis shoes play as important a role as the tennis racquet in a game of tennis. A perfect pair of women tennis shoes is necessary even for a beginner because feet get accustomed to the shoe’s design, which may later become a habit, and hamper the … END_OF_DOCUMENT_TOKEN_TO_BE_REPLACED

The outcome of this year’s French Opens will hopefully be known on the 9th of June. For now, the quarterfinals are in progress. Veterans Roger Federer and Rafael Nadal have reached the semi-finals. They will be playing with each other. It is a bittersweet outcome because one of them will not reach the finals of 2019’s French grand slam tournament. Both have rather endearing … END_OF_DOCUMENT_TOKEN_TO_BE_REPLACED

The 2019 French Open better known as Rolland Garros began on May 26th. Last year Rafael Nadal and Simona Halep won this clay court tennis grand slam tournament. This year men are led by Novak Djokovic as the top seed followed by Nadal. The evergreen Roger Federer is the third seed ahead of younger players like Dominic Thiem and Alexander Zverev. As of 3rd June, … END_OF_DOCUMENT_TOKEN_TO_BE_REPLACED

Some recommended products may use affiliate links. TennisFavors.com is a participant in the Amazon Services LLC Associates Program, an affiliate advertising program designed to provide a means for sites to earn advertising fees by advertising and linking to Amazon.com. Amazon and the Amazon logo are trademarks of Amazon.com, Inc or its affiliates.